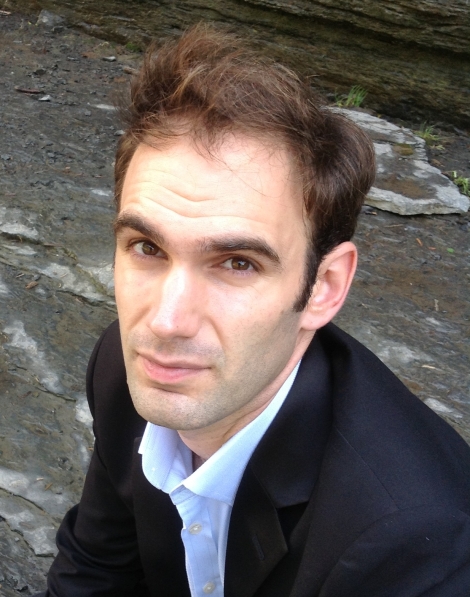 Praised for the “rapturous poetry” in his playing (American Record Guide) and as an “excellent” and “evocative” violinist (New York Times), Nicholas DiEugenio leads a versatile performing life as a chamber musician, leader, and soloist in music ranging from early baroque to current commissions. In this capacity, he performs in venues such as Glinka Hall in St. Petersburg, Trinity Wall St., Freiburg’s Ensemblehaus, and Carnegie’s Weill Recital Hall. Together with pianist and duo partner Mimi Solomon, Nicholas is currently embarking on the project “Unraveling Beethoven,” a cycle of all ten violin sonatas combined with response works from composers Tonia Ko, Jesse Jones, Robert Honstein, D.K. Garner, and Allen Anderson.

His recording of the complete Schumann violin sonatas with fortepiano with Chi-Chen Wu, named one of the Top 10 albums of 2015 (The Big City) is available on the Musica Omnia label. His August 2017 release on the New Focus label with Mimi Solomon, critically lauded as “a touching, committed tribute” (I Care If You Listen), is an homage to the late Pullitzer Prize-winner Steven Stucky. The disc features Stucky’s Sonata for violin and piano, two new works by Stucky’s students Jesse Jones and Tonia Ko, and the previously unrecorded Violin Sonata of Robert Palmer.

A two-time prize-winner at the prestigious Fischoff competition, Nicholas dedicates his priorities as a performer to chamber music. He is violinist of the Chanterelle Trio, a core member of The Sebastians, and has collaborated with Laurie Smukler, Joel Krosnick, Joseph Lin, Peter Salaff, and Ani Kavafian. As a baroque violinist, he has worked with Robert Mealy and Petra Mullejans. He is an alum of the Kneisel Hall Chamber Music Festival, where he was deeply influenced by Seymour Lipkin and other bearers of the grand tradition.

Regarded as an inspiring teacher, Nicholas is currently Assistant Professor of Violin at UNC Chapel Hill, and is co-artistic director of MYCO, a non-profit chamber music organization for middle and high school students. Formerly Assistant Professor of Violin at the Ithaca College School of Music, Nicholas continues as a faculty member of the Kinhaven Music School in Vermont during the summers. Nicholas holds degrees from the Cleveland Institute of Music (B.M, M.M), where he studied with David and Linda Cerone and Paul Kantor, and the Yale School of Music (D.M.A., A.D.), where he was a student of Ani Kavafian. Nicholas performs on a baroque violin made by Karl Dennis in 2011, and also on a 1734 violin made by Dom Nicolo Amati.